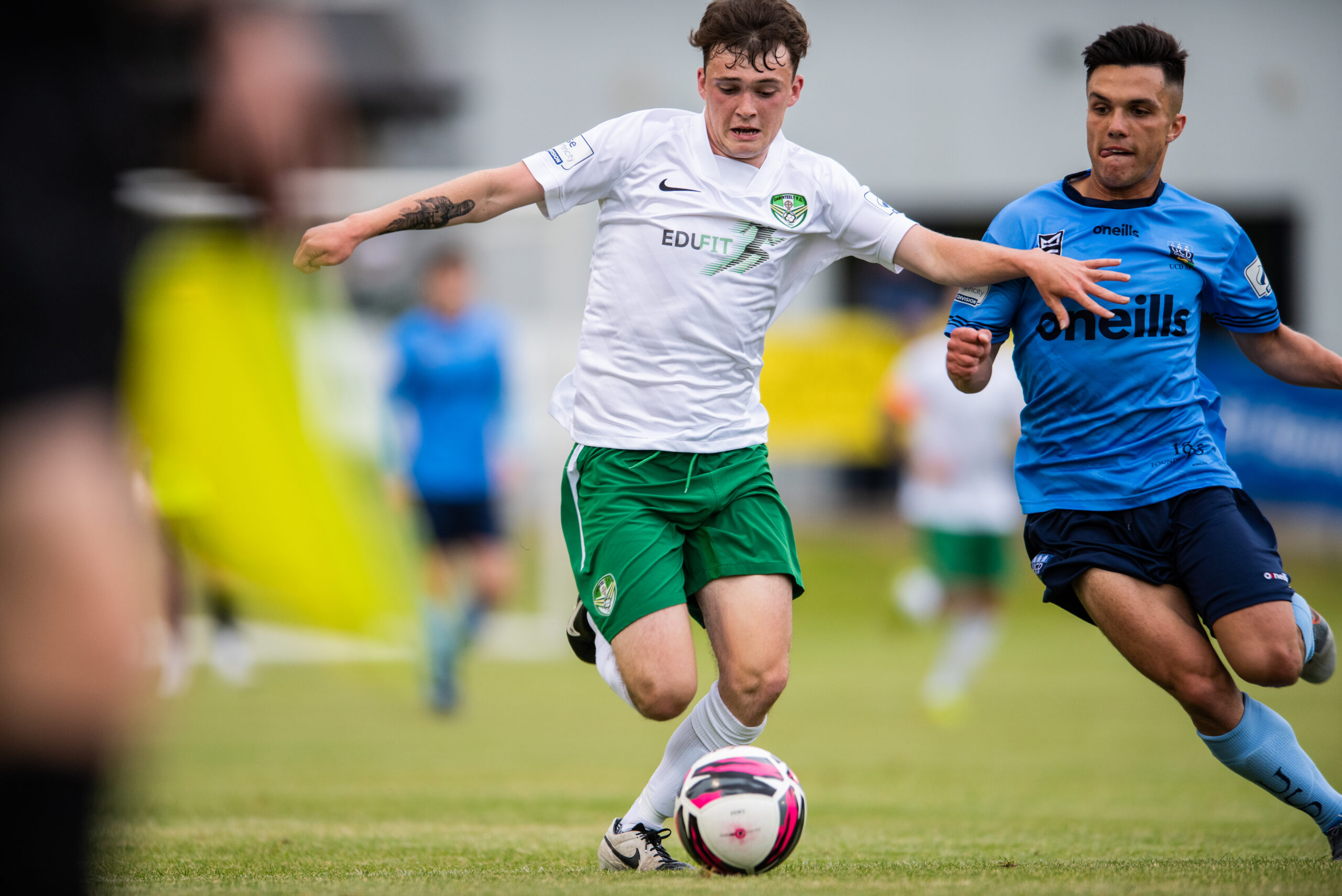 UCD continues to be Cabinteely’s bogey team as, despite a strong performance from the home side, the Students left with three points on a night where Cabo could have gotten more.

With 100 fans allowed back in Stradbrook on Friday evening, there was a joyous mood pre-kick-off as flags were unfurled and hung out for the first time this year. The added volume provided a boost to those on the field as Cabinteely started brightly.

Cabo created the first chance of the match after ten minutes when Zak O’Neill, who has been excellent since shifting to right-back, found Kieran Marty Waters in the away box. Waters got his shot away but his effort was stunningly saved by Lorcan Healy.

​The visitors had an opportunity of their own soon after when Adam Lennon’s shot came back off the post after Paul Doyle had played him in.

Three minutes later, the hosts’ very nearly found the breakthrough as Vilius Labutis charged out of midfield leading a five-on-three counter-attack. He set up Conor Knight who had come in from the right-wing. The young Green Line graduate, making his full home debut, saw his effort go into the side netting.

As the first half came to a close a Luke McWilliams shot was blocked into the path of Ben Hanrahan whose shot was also dealt with by Healy.

The White and Green’s emerged unchanged for the second half as Pat Devlin’s men hoped to find the opener. However, the home fans were left to despair just before the hour mark when the league’s leading goal scorer, Colm Whelan, found himself in space at the edge of the home box.

Sam Todd’s header from the halfway line was controlled by Whelan with his knee, the striker then had time to turn and with his right foot launch a shot into the left hand corner of the goal to give the Students the lead, somewhat against the run of play.

The strength of the Green Line was evident as three of its members came off the bench to try to impact the game. Billy Hendley, a new addition to the team sheet impressed on the left wing. In the 77th minute, his cross came agonisingly close to finding fellow substitute Sean McDonald’s head at the back post.

As Cabinteely pushed for the equaliser, UCD caught them with some tidy play down the left flank as the ball was squared to Liam Kerrigan. He made the most of his opportunity and placed his shot into the bottom corner to put the Students two up.

Cabo must be applauded for the fight they showed in trying to rescue the game.

Just a minute after going two down they were back in search of an equaliser as substitute Eoin McPhillips brought them back into the game.

He received the ball from McDonald and used his skills to create space for himself before guiding his shot past Lorcan Healy from 22-yards.

Roared on by the home support the side continued to push for the equaliser, which nearly came in the last minute of stoppage time. McPhillips was again instrumental as his corner was met by the head of Kevin Knight and almost hit home in the midst of a goalmouth scramble with Luke Clucas and McDonald in the area.

The last corner of the game came to nothing as the full-time whistle gave relief to the under-siege Students.

There is little respite for Cabinteely as next week they travel to league leaders Shelbourne trying to push back into the play-off places.