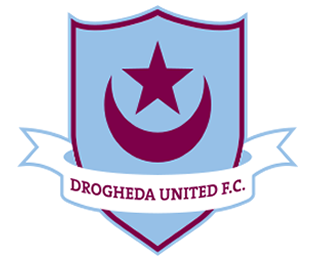 Cabinteely suffered their first Shield Group A loss at Ballycorus this afternoon when going down to Drogheda in the U19 EA Sports National Underage League.

The concession of two goals in the space of 90 seconds saw the home side trail 2-0 before halftime.

They pulled one back right on the stroke of halftime. But United netted in stoppage time to lead 3-1 at the interval before adding two second-half scores.

That pressure paid off in the 35th minute when a half-cleared free fell to Moore to crash in a volley through a crowded six-yard area.

Play had barely restarted when Soyemi was fouled in the box with the striker converting the spot-kick.

Yet the White and Green’s were given hope in the 45th minute. Destiny Idele disposed a Drogheda defender and burst clear to fire low to the net.

But in stoppage time, Luke Neville hooked in an overhead kick to make it 3-1.

In the second period, Cillian Melwani was denied by away custodian Aaron Davis on 51. However, United made it 4-1 four minutes later when Sere Ogiehor headed in.

Davis pushed over Darragh Scanlon’s free on the hour.

The visitors had the final say, two minutes into injury time, when substitute Samuel Ezenwaka slotted in another penalty.

Cabo are on the road on Sunday, September 26 when they travel to Oriel Park to take on Dundalk.