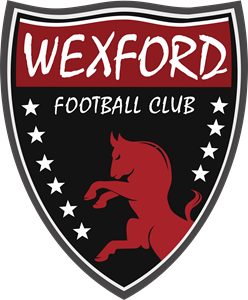 At times you could become hardened to the pain of defeat, accepting the loss, and moving on quickly.

Last Friday night at Ferrycarrig Park was a different kind of defeat for Cabinteely, one that brought a new sense of misery and confusion.

Cabo came into the third round of fixtures on a high with an unchanged eleven from that which recorded an historic away victory against Treaty the week before. The confidence borne from that victory was evident throughout the pitch as the visitors looked lively and ready to take the game to Wexford.

The work rate nearly paid dividends after nine minutes when Kieran Marty Waters pounced on a mistake by Lorcan Fitzgerald. As Waters surged through on goal, the scrambling Fitzgerald seemed to pull the striker back and lean in causing Waters to fall just outside the box.

Referee Daniel Murphy had little interest in making a big decision so early in his League of Ireland debut and simply waved play on.

As the half progressed, the visitors had a series of chances but were unable to find the net. Leading goal scorer Vilius Labutis, in a more advanced role in midfield, often taking up good positions in the box was unable to add to his tally.

Perhaps his best chance came two minutes before the half time whistle when Eoin Massey’s cross from the left found him in the box. While Labutis made solid contact with his head, the ball couldn’t get past a diving Jimmy Corcoran.

The custodian had earlier thwarted Niall Branes one on one after Waters’ dinked through pass.

At half time there was a foreboding sense amongst the Cabo faithful that they would come to rue all the missed opportunities throughout the opening period.

The second half started much the way of the first with Pat Devlin’s team still looking by far the more likely to score. Barnes and Labutis both getting into positions but still unable to get the goal needed to put Wexford away.

The lack of cutting edge that had been so evident a week previous was punished just before the hour mark. Against the run of play, the Slaneysiders earned a corner. Conor Crowley’s delivery found Kyle Robinson in a crowded six-yard box who rose highest to power a header past Harry Halwax.

That lead though was short lived as Cabo searched for their first equaliser of the season.

With a sweeping ball from left to right Labutis picked out captain Keith Dalton on the wing who pinged an accurate cross which was met by a diving Waters to pull away outfit back into the game just three minutes later.

Parity didn’t last long as Wexford proved that if you fail to take chances you leave yourself open to punishment.

A skewed clearance from Halwax in the 68th minute led to a quick throw-in on the left flank, which found Jack Doherty deep in the corner. Doherty’s cross was met by Jack Moylan who could control and shoot low past a charging Halwax, losing his footing at just the wrong moment.

Cabo continued to create chances with Ben Feeney angling his shot wide with just under ten to play; and Jack Hudson rising in the box from a short corner in injury time only to head over.

Cabinteely have often found a way to win despite creating fewer chances than the opposition and taking what comes to them.

On Friday the shoe was on the other foot as the unquestionably better side left empty handed, leaving fans to wonder what if on a night where the play was worthy of so much more.

Cabinteely can only hope to be more clinical next Friday as they welcome a resurgent Cork City to Stradbrook in a match where chances will surely be harder to come by and must be taken when they do come.