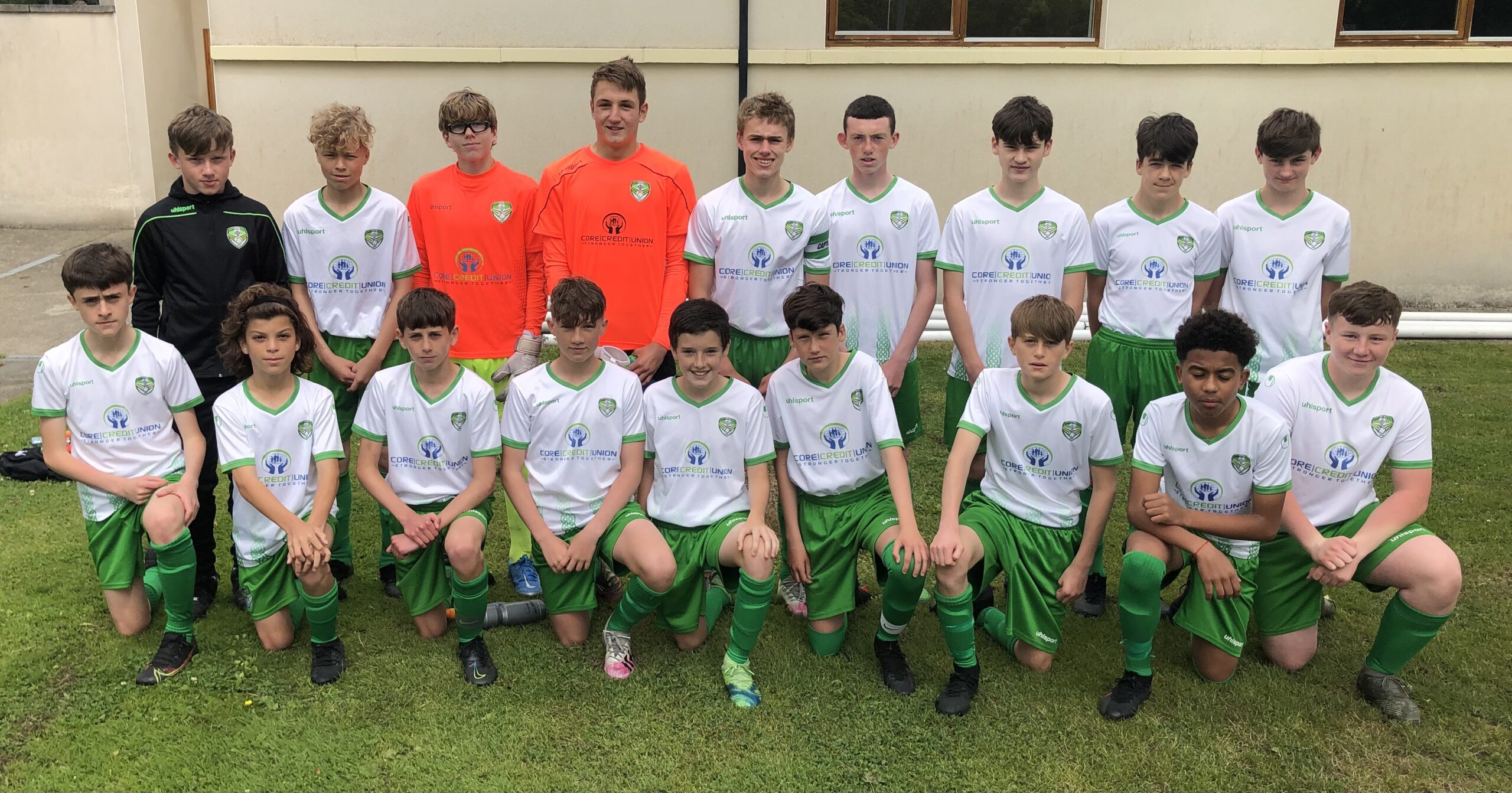 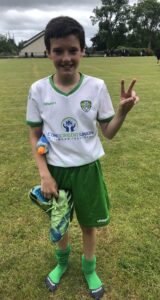 A goal at either end of each period by Rhys Knight saw Cabinteely start their U14 Group C campaign in the EA Sports National Underage League season with a hard-fought win.

But they rode their luck in a first period on Saturday afternoon at Ballycorus against a determined Drogheda side.

United spurned a few chances in the opening period – hitting the post twice – while home custodian Tom Gleeson pulling off some fine saves.

Cabo took a seventh-minute lead when Knight’s free-kick right-footed from the left-wing by-line sailed all the way to the net at the back post.

Just before halftime, Eric Schütte’s free hit the post and the back of the Drogs keeper before the ball flashed across the goal-line.

Dylan Bourke clipped the bar just after the interval while a fantastic Ross Young goal-line clearance on the hour preserved the lead.

The win was sealed two minutes before full time. Jorge Nash beat the offside but was thwarted by the United stopper. Nash fed fellow sub Emil Abulu who then set up Knight to slot to the net with a precise 15-yard finish low right-footed.