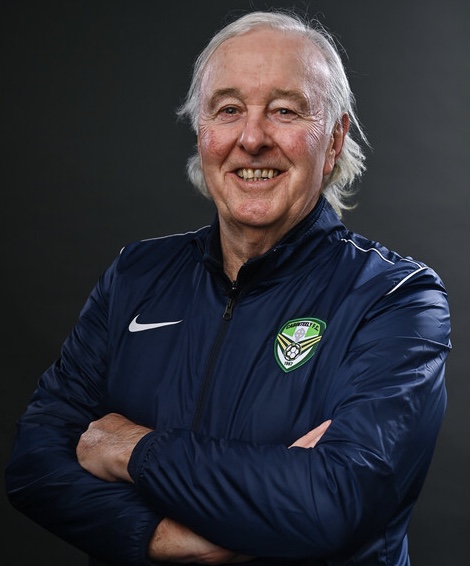 It is with great sadness that Cabinteely FC has learned of the passing, earlier this afternoon, of Eddie Wallace our much loved and legendary Head of Youth Development and Recruitment.

Eddie had a wealth of experience gained from a lifetime’s involvement at the highest level of Irish football, both as a player and a coach.

During his long career in the League of Ireland, Eddie was manager of Athlone Town and was also assistant manager and later caretaker manager at Bray Wanderers.

His friend of many years Pat Devlin said, “today we heard the incredibly sad news of the passing of a true friend Eddie Wallace. It was an absolute pleasure to have known and worked with Eddie at various clubs over the past 40 years. Eddie was just a fantastic person and I really will miss having him around the place and he will never be forgotten”.

Since 2017, Eddie Wallace was involved in player recruitment at Cabinteely FC, and he planted the seeds for the player Green Line pathway that was to come.

Eddie had a hugely impressive track record in working with young players and was responsible for introducing a large number of players into the League of Ireland during his time at Bray Wanderers, Bohemians, St. Patrick’s Athletic, Shamrock Rovers, UCD, Athlone Town and Cabinteely.

Eddie will be remembered for his wit and humour and above all else, his professionalism.

We extend our sympathies to his family and his many friends in the football community.

May he Rest in Peace.