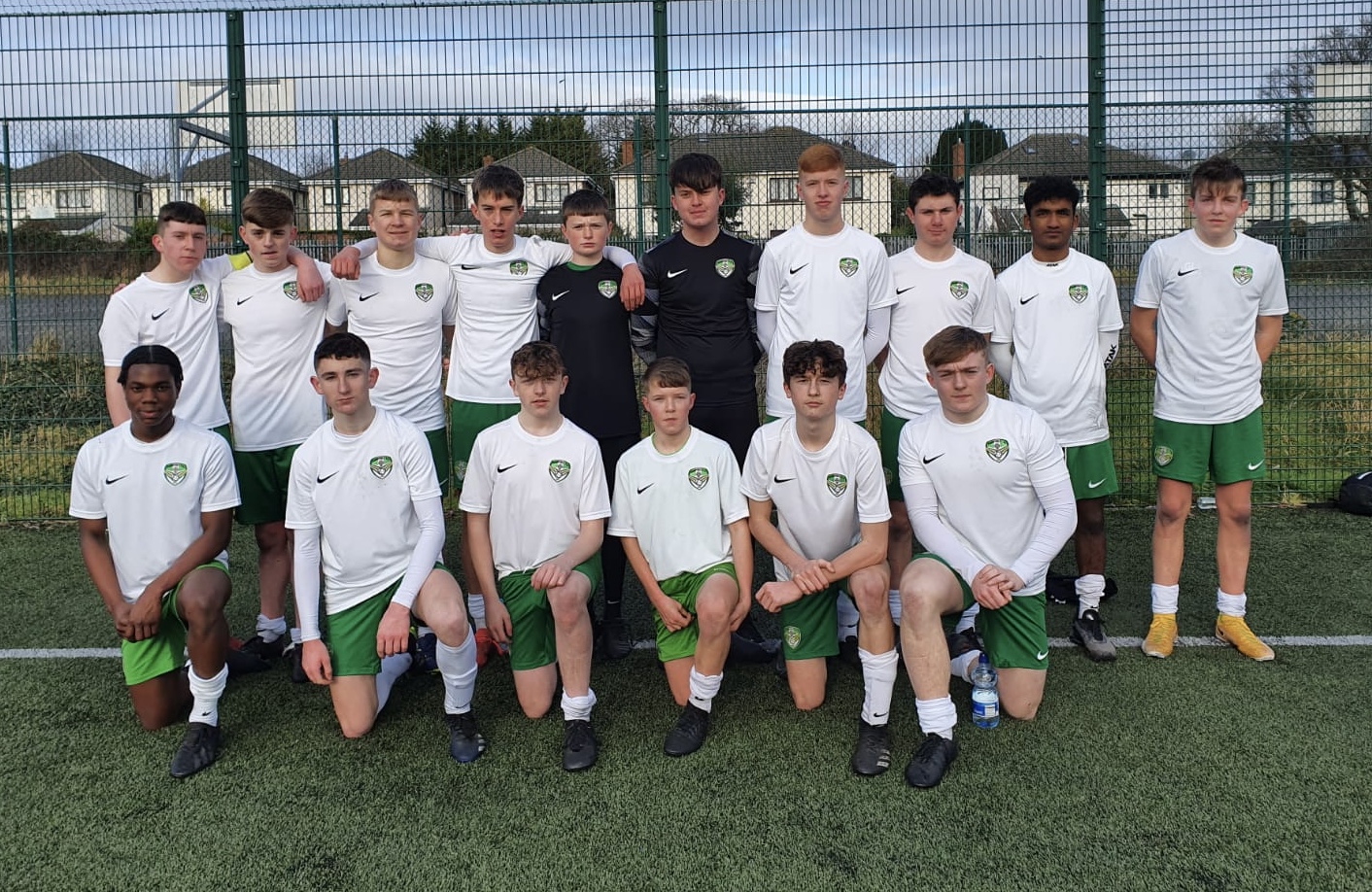 Cabinteely’s U16 Premier 1 team welcomed Malahide to Kilbogget Park this morning in the fourth round of the SFAI Cup.

It was the visitors who started the liveliest and were unlucky not to be one up within 30 seconds. But Luke Kane pulled off some heroics to deny them.

Cabo settled the early nerves and started to grow in to the game, with some really quick passing and movement which caused United problems.

The deadlock was broken when a pinpoint cross from Jack Carey was met by Antoine Roquette to put the hosts into a deserved 1-0 lead.

Confidence continued to grow for the White and Green’s which resulted in the team extending the lead following a well coordinated press against one of their opposition kick outs.

The ball was intercepted by Carey who tucked the ball into the corner of the net just before half time.

Malahide came out fighting in the second half but the home defence continued to soak up the pressure.

Cabo continued to have chances after the interval with some good saves from the visiting goalkeeper keeping them at bay.

The team were very unlucky to be denied a third after Geordy Lavin finished well from the edge of the box, only for it to be ruled out for a foul in the build up.

However, Cabo were not to be denied. A third goal duly came after an early through ball from Antoine Roquette was finished by Emmanuel Ayoola to ensure the sides progress to next round and the national stages of the SFAI Cup.

A really good performance from this Cabo team and a deserved win.