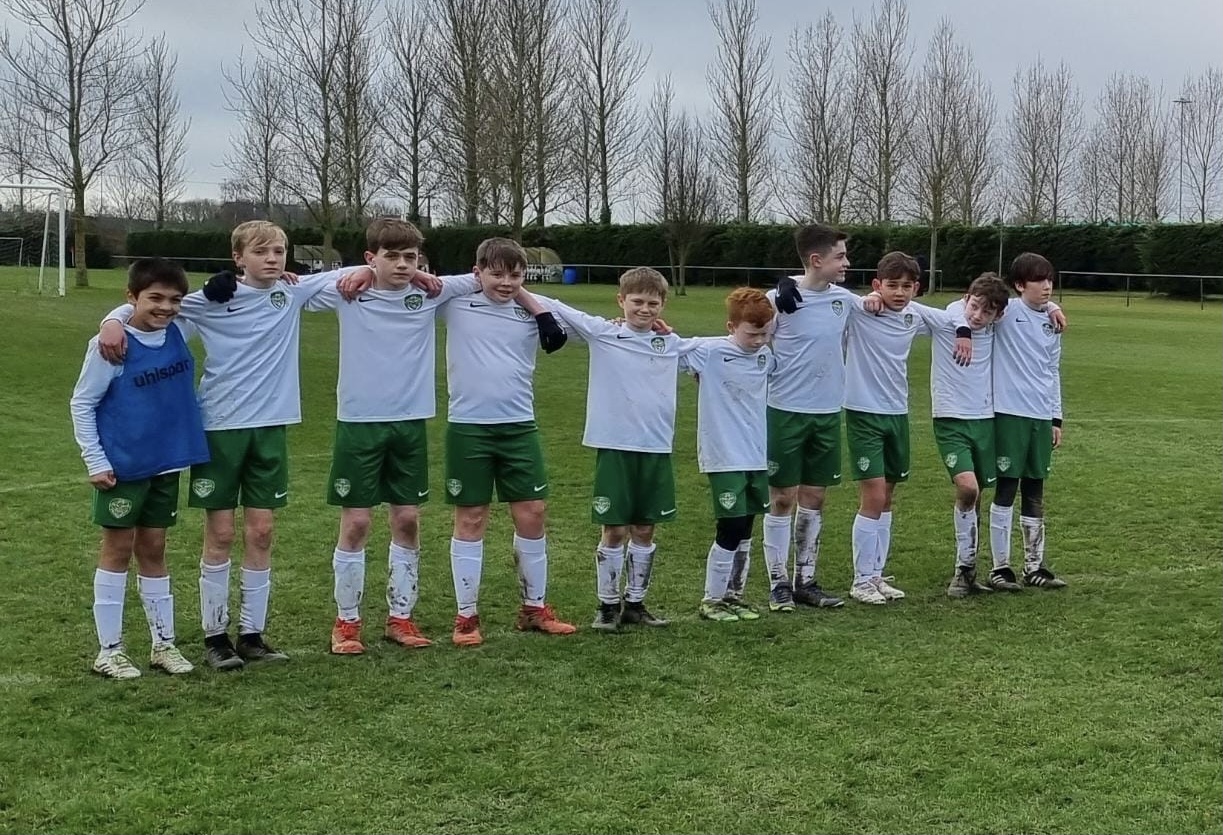 Cabinteely advanced to the last 32 round of the U13 SFAI Cup with a dramatic penalty shoot-out victory over a strong Shelbourne side.
Goalkeeper Mikey McCabe saved the Reds fourth spot-kick with the score at 4-3 before Ethan Foy converted the winning spot-kick.
The White and Greens travelled to the AUL Complex with a depleted squad due to illness and injury.
Despite an encouraging start to the game, the visitors found themselves behind to a well worked goal.

The Reds switched the ball from right to left. Their winger cleverly cut inside and curled his shot into the top corner.

But the away side were behind for no more than 30 seconds – a confident determined response that epitomises this team’s desire and quality.

From the restart, team captain Dylan Moran found Philippe Van Overschelde in space. His quick turn and clever through ball released Ryan Hanley down the wing. Hanley used his strength and pace to get behind hosts’ back-line before calmly squaring the ball for Jason Moore to slot in the equaliser.

Cabinteely could have taken the lead soon after but for the quick reactions of the Shelbourne keeper. With Hanley in behind their defence again the keeper quickly advanced off his line, closing the angles and making the block.

Shels began to find space in the wide areas before half time and had a number of half chances without troubling McCabe.

In the second half, the home outfit played some very good football, retaining possession well throughout. Both sides created late chances. McCabe saved well from a close-range Shels’ shot; and Conor McLaughlin’s well struck shot was blocked by a diving defender.

Neither side found a winner, so extra time was required. Both teams dug deep in an attempt to prevent a penalty shoot-out Shels had an appeal for a penalty turned down following a solid but fair tackle in the box by the excellent Josh O’Connor. At the other end, Cabo went close with an Ethan Foy shot from distance.

Following 80 minutes of high quality and committed football from both sides, the tie would be settled by penalties – a familiar position for the Reds who had beaten Cherry Orchard on penalties in the previous round.

Both teams confidently dispatched their first three 12-yarders with Cabinteely slotting in their fourth dead ball to lead 4-3.

McCabe superbly saved the oppositions fourth attempt. The responsibility then fell to Ethan Foy who drilled the ball into the bottom corner to put Cabinteely into the next round of the Cup.The Round of 32 DRAW for both boys and girls will take place LIVE on the SFAI Facebook page on Tuesday, January 25, 2022. 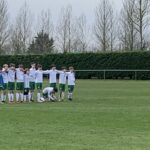 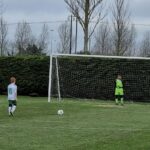