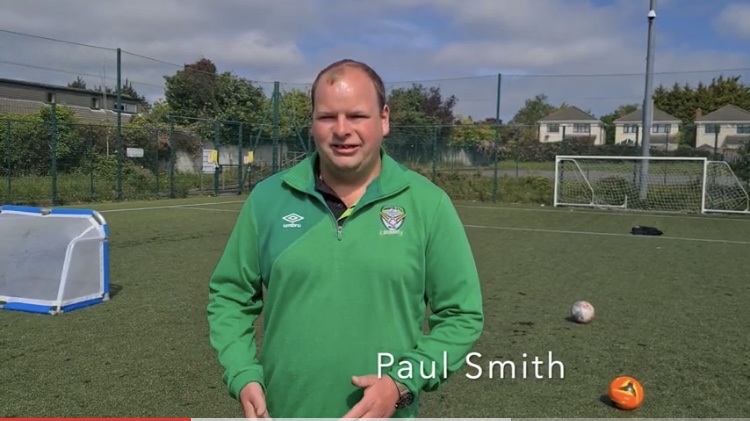 Cabinteely FC were delighted to nominate Paul Smith for the Mace Ireland Unsung Heroes award.
This initiative asks clubs to single out someone who really goes over and above to give something back to their community.

Paul is an obvious candidate for this award. Having been involved with Cabinteely since 2001, he not only helps out with the Cubs and Kittens on a Saturday morning but also coaches an U15 team.

Paul also works in the club during the week, ensuring the clubhouse and pitches are maintained and ready for use by all teams.

A small presentation was made over the weekend to recognize the nomination and thank Paul for all he has contributed over the years.

We wish him every success with his nomination, but he is already a winner in our eyes.”