A sensational four-goal blitz in the last 20 minutes of the first period saw Cabinteely get off to a winning start in their opening Group A fixture of the U19 EA Sports National Underage League.

Both Ben Feeney and Oran Molony notched doubles at Ballycorus on Sunday afternoon to overwhelm Cobh. Feeney went on to complete his hat-trick after the interval to secure all three points in the 5-0 success.

Ramblers started well and threatened early on. But Cabo settled into the fixture and took a 25th-minute lead.
Feeney latched onto a loose ball outside the left of the box. He burst past a defender and angled a low drove on the run from a tight angle to the far bottom corner of the net.
That advantage was doubled ten minutes later. Feeney tried his luck from 25-yards with the ball crashing off the right-hand post. It went left across goal and was picked up by Sean O’Connor. His low centre saw Molony nipped in ahead of the away custodian to flick in from two yards out.

A third score arrived in the 40th minute. Sean O’Connor played a cracking cross from the left that picked out the breaking Feeney. He evaded two tackles inside the penalty area to fire in low from 15-yards.

It became 4-0 on the stroke of half time. Another brilliant defence splitting pass by Sean O’Connor saw Molony break clear. He side-stepped a covering opponent before blasting to the net from the edge of the box.

A dominant second-half display followed. The only goal of the period saw sub Cillian Melwani whip over a 58th minute cross for the right which was met by Feeney’s superb ten-yard diving header.
There was a disappointing end to the encounter though. Already down to ten players due to an injury after using their five substitutes, the hosts had a player sent off in the 89th minute. 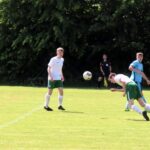 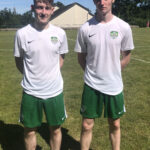 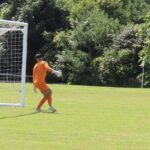 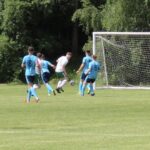 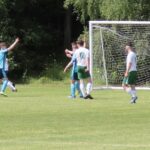 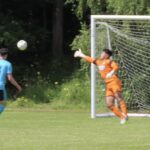 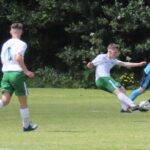 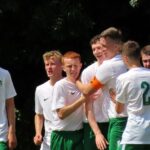 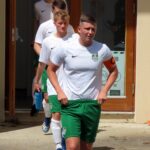 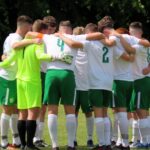 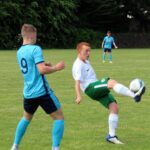 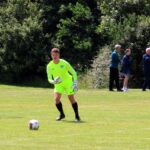 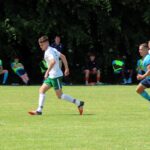 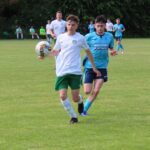 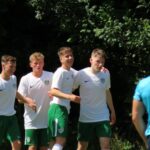 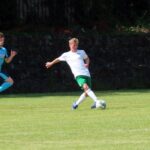 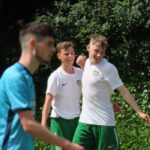 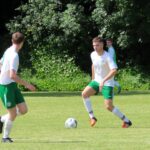 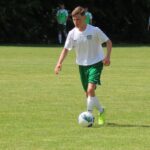 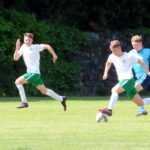 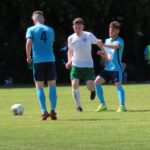 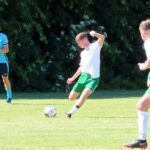 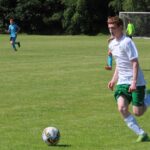 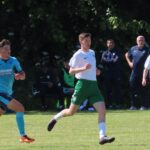