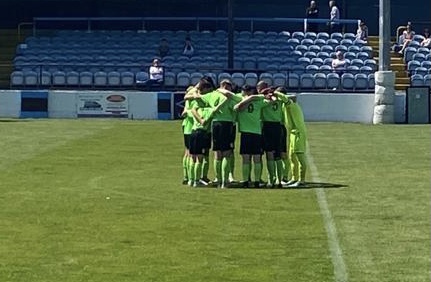 Cabinteely U15’s kicked off their EA Sports National Underage League season with a narrow 3-2 defeat away to Drogheda at Head in the Game stadium on Sunday afternoon.

In a very eventful game, both sides had chances early on. United opened the scoring after ten minutes through Ben Boyce from a corner.

But the visitors equalised six minutes later. After some fine play down the right, Peter Walshe finished into the bottom corner.

The Louth side went back in front just three minutes later when Keith Tighe slotted in a penalty.

They then scored a third from Ryan Graham to make it 3-1 in the 26th minute as the away team was caught short at the back.

However, the White and Green’s rallied with Ben Coughlan scored a Panenka penalty just before half time.

After the break, both teams cancelled each other out until a breakaway by Drogheda meant Cabo keeper Cian Wilson had to come out of his box to clear the ball.

Unfortunately, both players clashed very heavily leaving Cian injured and had to be stretchered off. But he also received a red card for his troubles, leaving on the stretcher going to the ambulance. The United player was also taken to hospital injured.

Down to ten players and forced into a substitution in the goalkeeper position, play restarted after a long delay.

Yet, Cabo came out the stronger side but could not find the goal required goal to tie up the contest. Emmanuel Ayoola came close to an equaliser in the dying seconds with a fantastic strike from all of 20 yards.

An entertaining and eventful game – both teams should be proud of their efforts.

Cabo now prepares for their next league game home to Bray Wanderers next Sunday. 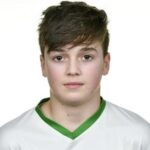 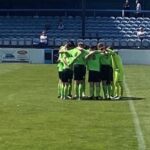 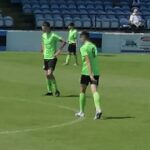 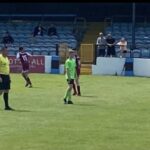 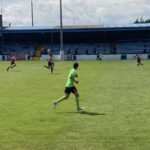 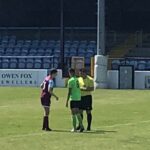 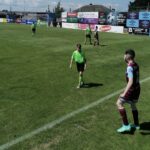 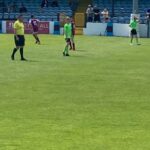 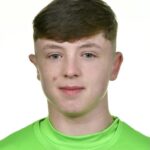 12 February 2020; Cian Wilson during a Cabinteely U15 squad portraits session at Stradbrook Road in Blackrock, Dublin. Photo by Seb Daly/Sportsfile