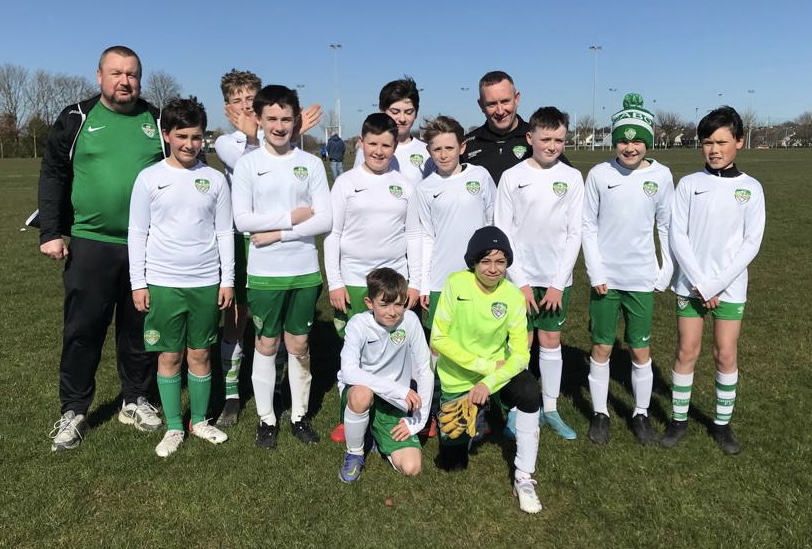 Cabo came charging out of the blocks with Oliver Ormsby winning the ball high up the pitch on the right-wing and whipping in a cross that was turned into goal at close range by Josh Holland with his second touch of the game, having tipped off just a minute before.

The Saints steadied the ship then and defended deep, but it wasn’t too long before Holland scored his second.

The home team went into the second half with just as much control as in the first period with a goal from Jayden Knight.

Holland then completed his hat-trick, before winning, and taking a penalty. The away keeper pushed the spot-kick onto the post, but Glen McDonald reacted quickest, only to see the ball rebound off the post again before Holland followed up to slot to the net.

The visitors showed great spirit, despite the score-line, and pushed up in search of a goal, only to be denied by an outstanding fingertip save from Cabo keeper, Cian Hapil.

The Green and White’s rounded off a strong performance with a seventh goal, this time from Jamie O’Brien after a surging run from Finn Brennan from left-back.