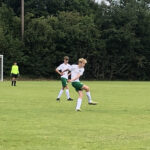 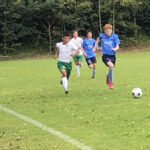 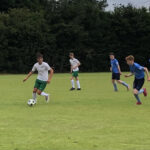 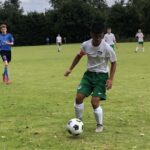 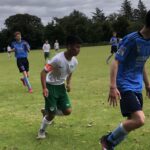 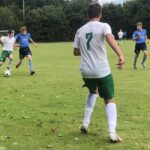 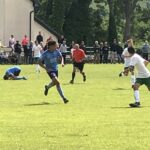 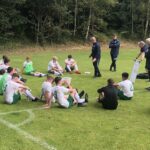 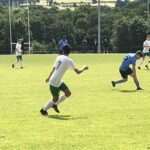 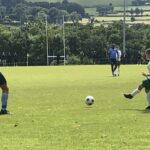 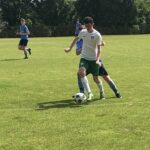 Two late goals saw Cabinteely make their exit from the U15 Cup at the first round stage.

UCD led 1-0 at the interval on Sunday morning at Ballycorus before finding the net twice in the space of 90 seconds just before the final whistle to seal their passage.

The hosts came into the tie after that. Ben Coughlan saw his 25th minute drive tipped onto the cross-bar by away keeper Noah Douglas.

Then the midfielder fired just over eight minutes later from distance.

But the visitors hit the front on 35. Dare Kareem’s pass picked out Cian Meleady. He side-stepped a tackle in the box before slotting  in with a low finish.

The second period was a much more cagey affair. It took a fine Murray save to deny Kyle Donoghue’s 48th minute volley.

UCD sealed victory in the 77th minute when Kareem headed in off a corner. They rubber-stamped the win in the 79th minute when sub Karl Dempsey fired in.