Good things come to those who wait.

Hard work – on and off the pitch – by Cabinteely’s staff and players paid dividends against Damien Duff’s Shelbourne at Ballycorus.

Having drawn last week at Ballycorus against Finn Harps in their first EA Sports National Underage League Shield Group A fixture, the Green and Whites produced a brilliant come from behind victory this afternoon.

The Reds took a 38th-minute lead as Jad Hadiki applied the finishing touch close in off a right-wing cross.

Cabo were denied by the crossbar in the 44th minute when Eoghan O’Hanlon’s left-wing run and cross picked out Matthew Green-Delany. His flick set up Jake Murray whose shot came off the bar from ten yards.

A fantastic point-blank save by Samuel Safaei with 20 minutes to go kept the hosts in the tie.

Striker Daniel Chukwu was sprung from the bench midway through the second half. He was to prove the match-winner.

With eight minutes of normal time remaining, sub Thomas Wride sent on a low cross from the right which Chukwu converted low left-footed from the penalty spot.

Then in the 89th minute, three reserves combined to seal the victory. Wride ghosted on off the right flank. He played a slide-rule pass for Harlee Vozza whose low cut-back from the left-wing picked out Chukwu to score low from ten yards. 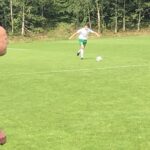 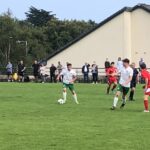 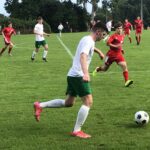 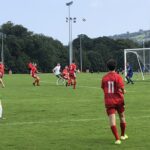 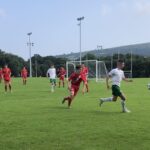 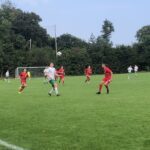 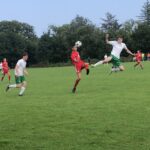 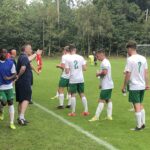 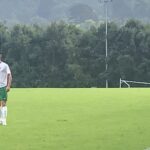 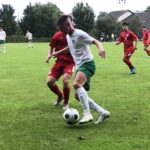 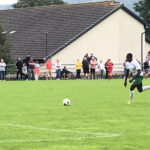 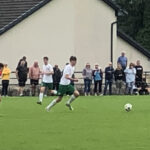 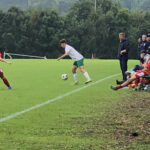 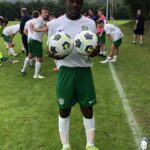