It proved third time unlucky as Cabinteely suffered a first Group A Shield defeat in the U17 EA Sports National Underage League.

After earning four points from two home games at Ballycorus against Finn Harps (2-2) and Shelbourne (2-1), it was an early morning start for the White and Greens for the trip to the Showgrounds Astro on Saturday afternoon.

Following a scoreless first period, the Bit O’Red went 2-0 ahead with second-half goals by Conor Cannon and Aaron Heaney.

But the visitors hit back in the 65th minute as Daniel Chukwu registered his third goal in two games when getting on the end of a Harlee Vozza cross.

Despite the brave effort to find an equaliser, Rovers snatched a third late on through Oisín Tighe.

With no match next week, Cabo returns to action on Saturday, September 25 when they host local rivals UCD at Ballycorus. 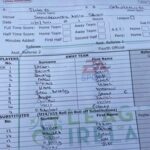 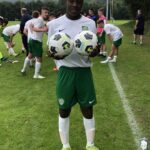