Cabo failed to take the chance to reach the League format of the U19 EA Sports National Underage League tonight as they went down to Bohemians.

The home side took an early lead in an electric first ten minutes of the Group A fixture at Ballycorus this evening.

But the visitors responded to lead 3-1 at the break before winning 6-1.

Adam Moore put the hosts ahead after three minutes after he charged Enda Minogue’s clearance into the net.

But a Darragh Murtagh double (7 and 9 – penalty) had the Gypsies 2-1 in front before the striker completed his hat-trick in the 26th minute.

But the positive thing is that Cabo’s fate is still within their grasp for fifth place.

Cobh Ramblers drew 2-2 with Waterford FC this evening while Cork City defeated Wexford FC 1-0 – which means the Slaneysiders are out of the qualifying equation.

All three results mean that the White and Green’s could secure fifth place if they overcome Waterford on Sunday (August 22) at the Waterford IT Arena.

But the team may need a better goal-difference of at least + 3 if Galway United (who they are level on points with) defeat Cork.

Waterford are still in the mix. They can get fifth if they win and Galway lose. 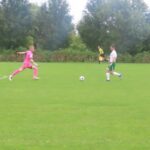 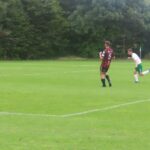 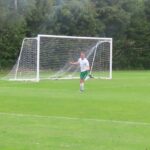 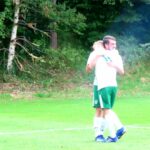 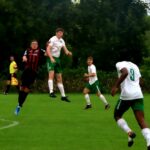 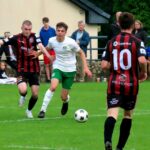 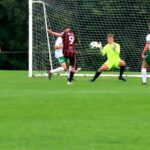 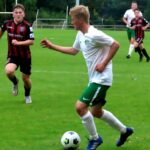 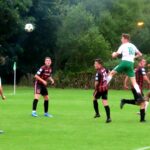 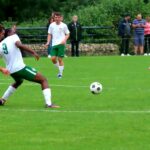 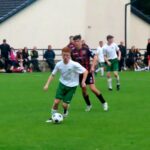