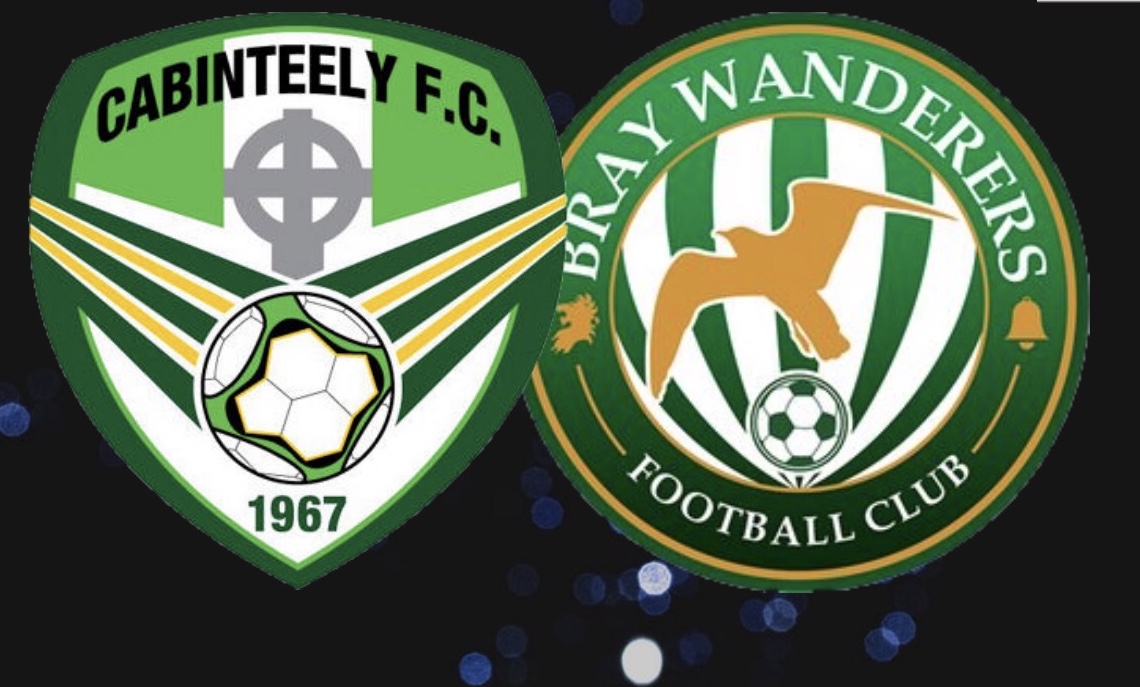 “We all love football and together we’re stronger” – Tony Richardson, Chairman

In an excellent new development for Irish football, the current League of Ireland Division One clubs Bray Wanderers FC and Cabinteely FC, have agreed to come together to create a combined new force in National league football at all levels.

The newly amalgamated club will apply to compete in Division One of the SSE Airtricity League of Ireland and will operate out of the legendary Carlisle grounds in Bray as its primary venue.

This exciting announcement follows discussions between the management of both clubs over a long period of time about the potential benefits of combining the clubs in the bests interests of football and everyone involved in both clubs – including players, supporters, staff, volunteers and the wider community of South Dublin and Wicklow.

These discussions have reached a very positive outcome which will now see both League of Ireland clubs coming together to achieve further significant progress, sustainability, and success in football for the future.

The joining together of the clubs has been achieved through the acquisition of a majority shareholding in Bray Wanderers FC Limited.

“This is a once in a lifetime opportunity for our two renowned clubs to establish a great good for football on a local, regional and national level. It is also very much in line with FAI encouragement for clubs to seek ways of co-operating more closely together.

Both clubs have really brilliant people involved, and with an exceptionally proud heritage, where Bray Wanderers was established in 1922 and Cabinteely FC in 1967.

Both clubs have performed with distinction across all leagues throughout the years. Both are pillars within their communities, and both have fantastic supporters, members and players who have an enormous love of football.  It is this love of football that will continue to inspire us all to drive the future success of this endeavour.

Now, with the coming together of both clubs, we will see a further strengthening of football for the generations to come and a commitment towards the continuing advancement of our combined club, and many partner clubs, for the football communities who we will continue to serve in the months, years, and decades ahead.

I look forward to working with everyone to continue the great progress of both clubs in recent years whereby joining together, we are stronger for the future.”

“The coming together of Bray Wanderers and Cabinteely Senior FC is impressive in its vision and a logical step that will create a dynamic new influence in Irish football.

“I’m very proud to have helped to stabilise and strengthen the position and status of Bray Wanderers, which is now on a firm footing and has performed very strongly in the 2021 league, enabling this excellent new development to take place.

“I express my absolute gratitude and my delight for everyone associated with Bray Wanderers especially all the players, staff, volunteers, sponsors, local businesses and friends who have helped greatly in stabilising such a great club and securing such an exciting future that we announce today. The supporters’ and partner clubs’ continuous support, witnessed in the playoff final, was fantastic and shows that the future going forward is really exciting for everyone alike.

“I’m delighted with the success of our underage system and the progression of many players. This merger will only enhance these opportunities over the coming years. The conveyor belt of top underage players from the last few years, with the committed growth and investment of young talent, is indeed exciting.

“I wish incoming Chairman Tony, and everyone involved, both old and new, every possible success and I look forward to the exciting advancement, progress and success of the merged club.