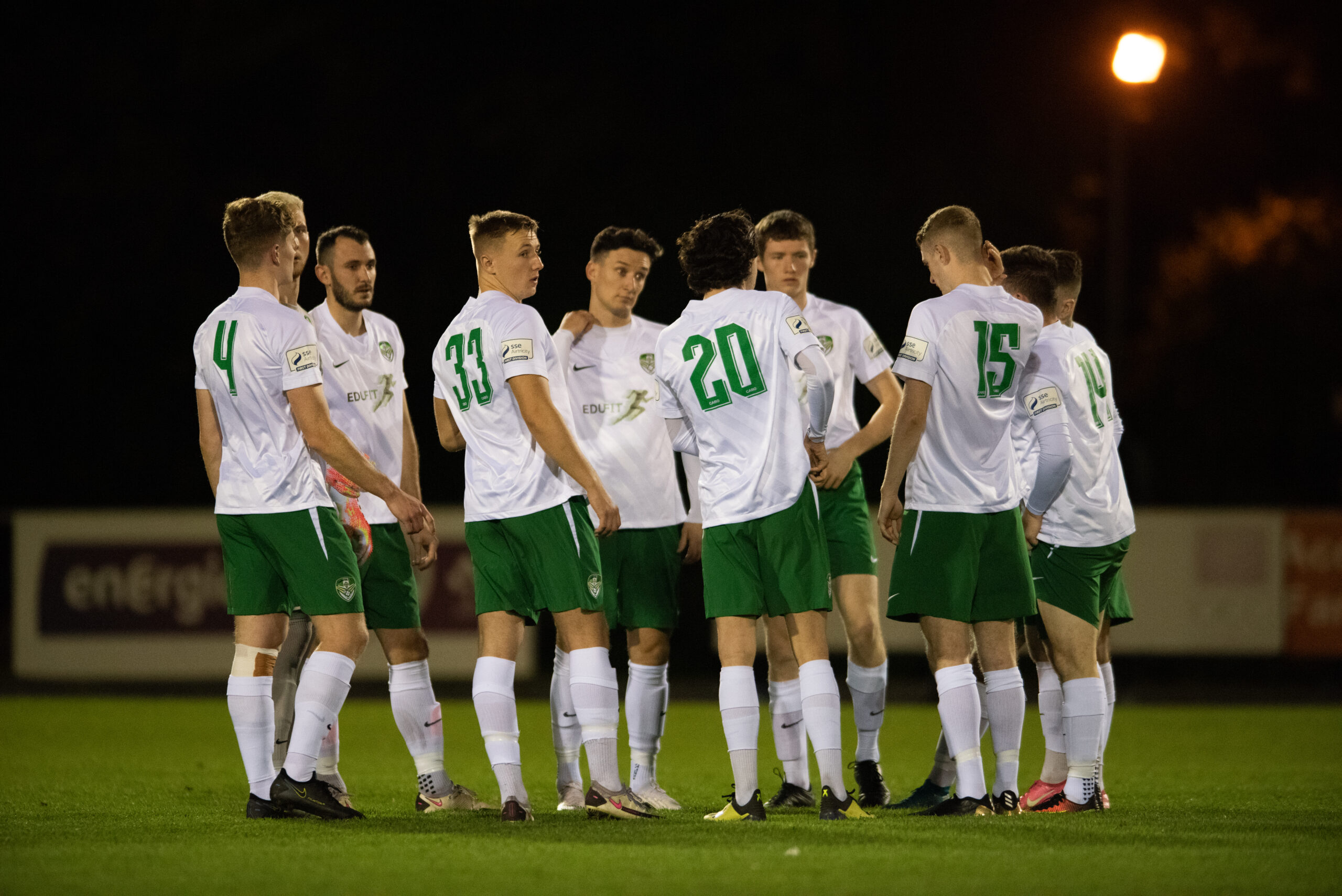 
All roads lead along the N11 for the third time this season on Friday as Cabinteely travel to the Carlisle Grounds to face Bray Wanderers in the ‘East Coast Derby’.

On returning to the Carlisle Grounds, Cabinteely FC Director of Football/First team manager Pat Devlin said “We’re looking forward to the game. Bray have had a very good season. Gary Cronin’s done a great job. They fully deserve to be in the play-off spots.”
He continued “We need to get a few points on board before the end of the season. It’s going to be a tough game. We’ll give it our best shot and make it as entertaining as we possibly can.”

Gavin Colfer will take charge of the fixture with Chris Campbell and Shane O’Brien being the assistants. The fourth official is Rob Dowling.

The game will be only the eighth time that the teams have met in league action.

Last May at the Carlisle Grounds, Bray won 3-0 with goals by Dylan Barnett, Richie O’Farrell and Gary Shaw.

Then at Stradbrook, the Seagulls repeated that score-line with Joe Doyle, Sam Verdon and Brandon Kavanagh on the mark.

Back in February 2020, goals by Kieran Marty Waters, Vilius Labutis and Keith Dalton (2) had the home side 4-0 up at half time. Wanderers hit back through Gary Shaw and Jack Watson in the second period.

Then in September last year, Wanderers won 3-0 at the Carlisle Grounds with goals by Derek Daly, Gary Shaw, and Darragh Lynch.

The previous three league fixtures were all back in the 2019 season.

Back in February 2019 on the opening day of the season, Bray won 3-0 at Stradbrook with second half goals by Dylan McGlade (2) and Dean O’Halloran.

Then in April 2019 at the Carlisle Grounds, it ended with honours even at 1-1. Jake Ellis put the Wicklow side ahead. But Vilius Labutis equalised in the second period.

Back at Stradbrook in July 2019, Yuta Sasaki scored a late winner in a 2-1 success for Cabo. Paul Fox had given the home team the lead which was cancelled out by Dylan McGlade.

The teams also met in the Leinster Senior Cup last March 2019. Cabinteely won 2-1 at the Carlisle Grounds. Luke Clucas and Sean Fitzpatrick netted for Cabo with Luke Jovic replying for the Seagulls.