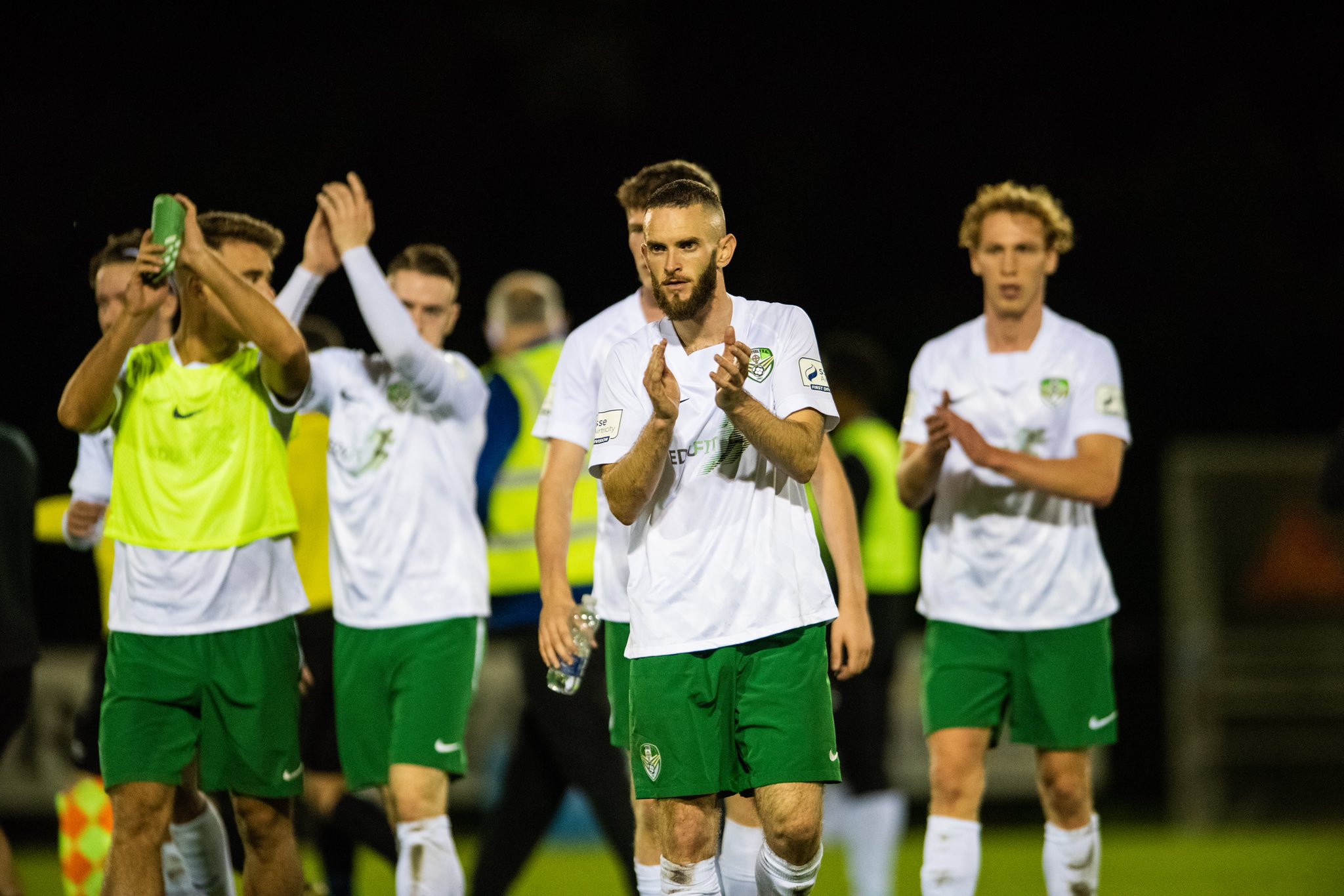 
With four of their remaining seven matches of the 2021 SSE Airtricity League First Division season at home, Cabinteely welcome Galway United to Stradbrook on Friday.

After an idle week due to the FAI Cup, Cabinteely First Team manager/Director of Football Pat Devlin explained the club were working behind the scenes to prepare for the game against Galway.

“We have been working very hard – planning and getting ourselves ready for the game, which is a very tough game. We need to get back on the winning trail; and stop giving away silly goals. I think we can achieve that with the aim of three points.”

Eoghan O’Shea will take charge of the fixture with Conor Fitzgibbon and Jason Moore being the assistants. Alan Carey is the fourth official.

The clubs met for the first time in league action back in 2018. And have faced each other nine times in total.
Galway had won six matches; Cabo has earned two victories with the other tie being drawn.

FIRST DIVISION MEETINGS BETWEEN THE CLUBS