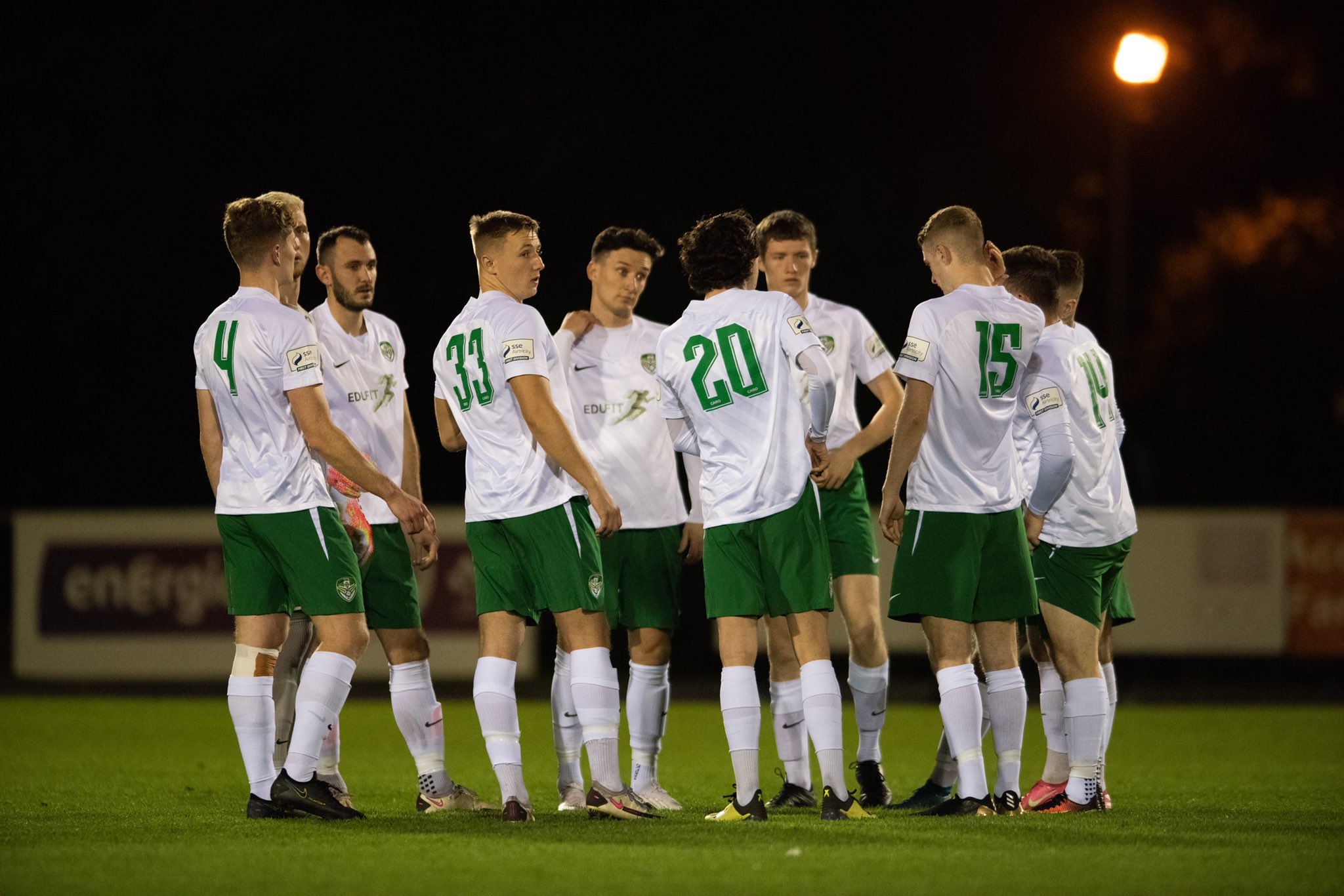 
For the final time in the 2021 season, Cabinteely return to Stradbrook to face a Treaty United side who have reached the play-offs.

Cabinteely FC Director of Football/First team Manager Pat Devlin is looking to finish the season on a high after beating Bray Wanderers last time out.
“We are looking forward to the game. I hope we get the three points. The lads have worked very hard all year.”
He continued “It’s been a difficult year with Covid; lots of changes within the club. But we have a bright future, The most important thing on Friday is to win the game and get the three points. We played very well against Bray and deservedly got the three points. Now, we want to finish of the season with a win against a very good Treaty side.”

Oliver Moran will take charge of the fixture with Brian Fenlon and David Berry being the assistants. The fourth official is Mark Moynihan.

The clubs met for the first-time last May with Cabinteely winning 2-1 at Stradbrook. Kieran Marty Waters gave the home side the lead. That was cancelled out by Sean McSweeney before Vilius Labutis grabbed the winner.
Then in August at the Markets Field, Cabo won 4-1 with Labutis, Waters, Kevin Knight, and Niall Barnes on the mark. Clyde O’Connell netted for United.