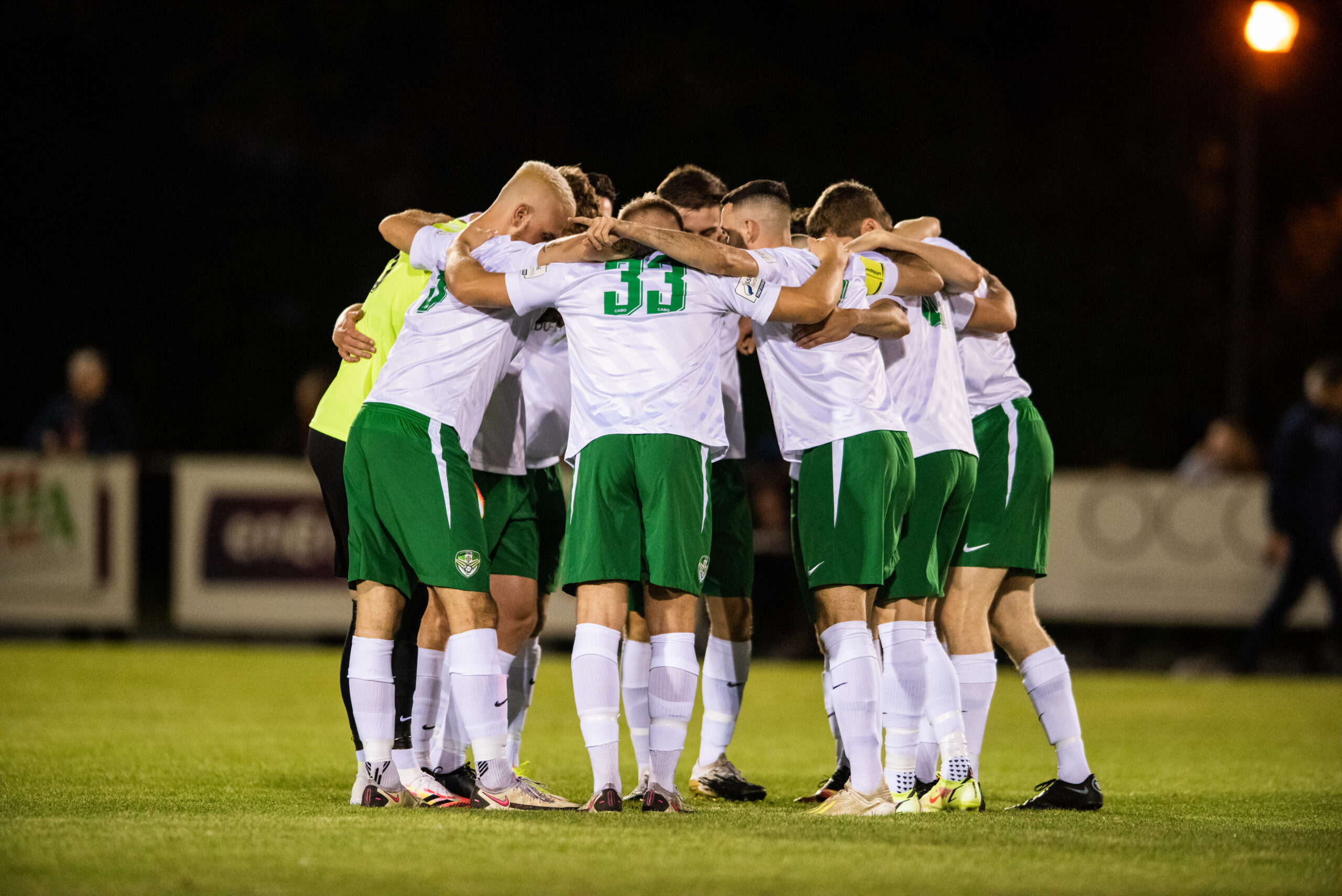 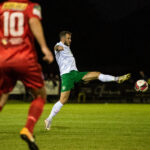 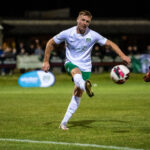 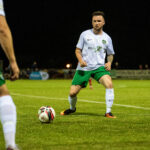 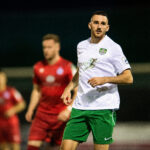 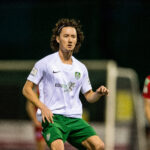 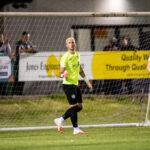 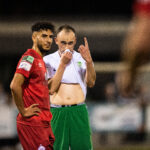 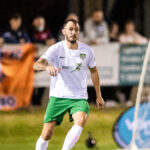 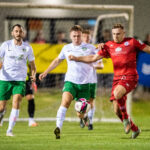 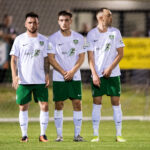 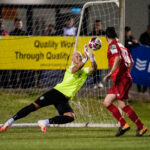 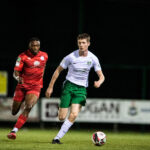 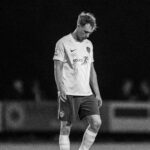 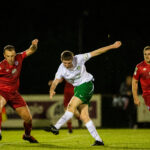 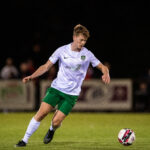 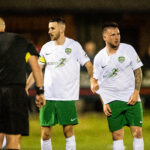 Facing off against the runaway league leaders and missing several key players meant that Cabinteely were always going to be up against it on Friday night.

Shelbourne entered the game with a ten-point lead atop the table and brought hundreds of supporters with them from the soon to be demolished Tolka Park adding to a feisty atmosphere within Stradbrook.

Home fans were right to be wary and it looked as if the Reds would establish an early lead when Yassin En-Neyah was brought down in the home box. Ryan Brennan stepped up looking to add to his tally of 15 goals this season but was denied by an excellent save from Harry Halwax.

Halwax was left in an awkward position five minutes later when an over hit back pass from the halfway line had to be cleared by the goalkeepers’ head. Unable to relieve the pressure, the visitors capitalised on the confusion at the back as George Poynton fired low into the bottom corner.

Shelbourne were comfortable throughout the half but created little to test Cabo’s backline any further. The home side did have an opportunity to get back into the game when Niall Barnes’ cross found an open Ben Feeney in the box, but the young striker’s free header went harmlessly over Brendan Clarke’s goal.

There was little change in the second half as Cabo struggled to build play with Feeney working tirelessly up front but often finding himself isolated. Shelbourne did have a chance to go further in front when Ally Gilchrist headed Poynton’s corner onto the crossbar.

Another misplaced back pass came close to being the final undoing of Cabo if not for the efforts of Jamin Nwanze on his debut. Halwax and Kevin Knight clashed outside the Cabo box with the ball falling to Shels’ substitute Stanley Anaebonan. His shot from distance looked destined to find the open net before Nwanze arrived just in time to clear for a corner.

Michael O’Connor did finally put the game to bed in the 90th minute when his low shot found its way past Halwax.

With promotion looking all but a formality for the Northsiders and Cabinteely’s play-off push being over both sides find themselves already with one eye on the next season.