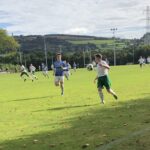 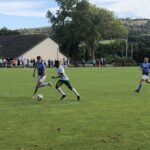 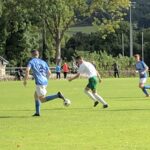 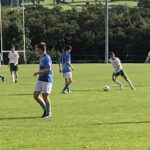 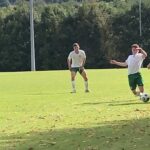 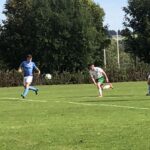 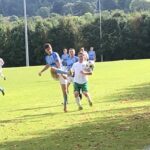 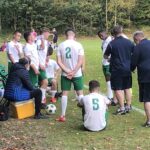 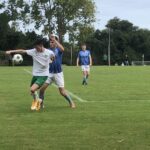 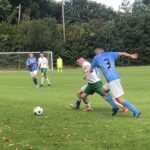 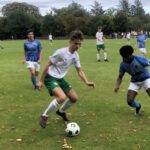 Cabinteely suffered their first home loss in Group A of the U17 Shield this afternoon in the EA Sports National Underage League.
The match at Ballycorus effectively turned on a 69th minute decision to rule out a goal for the hosts.
With the score at 2-1, Sean Dowling’s corner was headed in by substitute Stephen Reynolds in a crowded six-yard box. But referee Cillian O’Reilly ruled it out for an apparent push.
Six minutes later, defender Aaron Corish made 3-1 to the Students.
The home side somehow trailed 1-0 at the interval. That was despite having the better of the exchanges. However, they spurned a series of gilt-edged chances.
Dowling’s sixth minute free found the side-netting. Three minutes later, Daniel Chukwu scuffed wide when breaking in on goal. Then the striker’s low drive from outside the box on the quarter hour took a deflection and came back off the post.
However, at the other end on 18, Samuel Safaei produced a wonderful save to tip Lennon Gill’s header out for a corner.
Moments later, UCD stopper Przemyslaw Pellowski made a brave block to thwart Tom O’Malley. On the half hour, Conor McManus’ back post header from Gavin Doyle’s corner failed to find the target.
Soon after, Safaei pushed an away corner onto his bar before the ball was cleared.
Somehow the White and Green’s didn’t take the lead on 38. Doyle’s attempt from outside the area was parried by Pellowski. The rebound fell to O’Malley whose close-range effort crashed back off the bar before being scrambled away.
Right on half time, UCD took an unlikely lead. Cabo’s corner was cleared. Gill broke clear and set-up the on-rushing Jamie Lee to slot in low.
Yet, the home side levelled on 64. O’Malley went down in the box with Doyle converting the penalty.
But the visitors went back ahead on 66 as Gill fired to the top left-hand corner of the net.
Cabinteely are away to Cavan next Saturday (October 2).