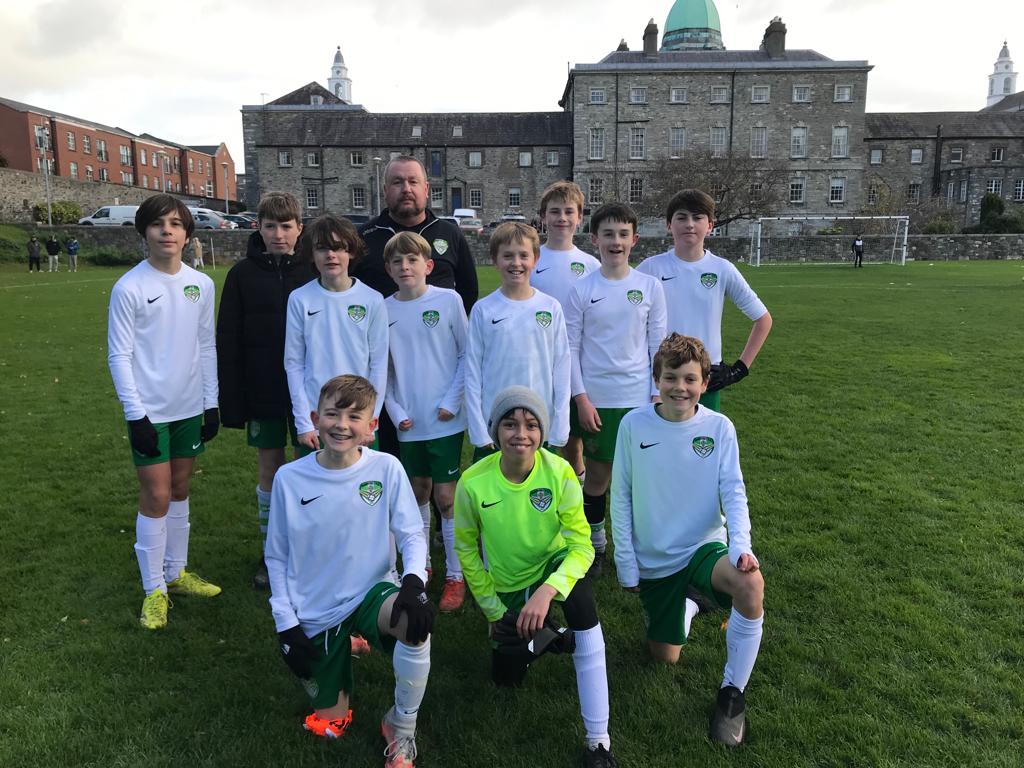 Cabinteely’s U13C1 side travelled to the Law Society of Ireland in Blackhall to face Oliver Bond Celtic on Saturday morning.
The sun came out and the high walls around the venue kept the unfriendly wind at bay for the most part.
Cabo started well and grabbed the opener with a fine finish from Glen McDonald to the bottom left corner of the net.
Oliver Bond came straight back and capitalised on a miss-placed pass putting together a slick move to go in level 1-1 at the break.
The White and Green’s retook the lead early in the second half. A throw in by Josh Holland to Alvaro Canas Poza who found Holland again. He released Sam Balfe down the right wing and his inch perfect pass was dispatched clinically to the net by McDonald.
The home side never gave up though and in truth had the visitors on back foot for most of the second period.
They equalised from a corner that had VAR been present may have ruled offside!. No one from the traveling away support could begrudge them a share of the spoils.
It could have been worse only for Cabo goalkeeper Cian Hapil making a sensational save late on to keep the away outfits unbeaten run intact.