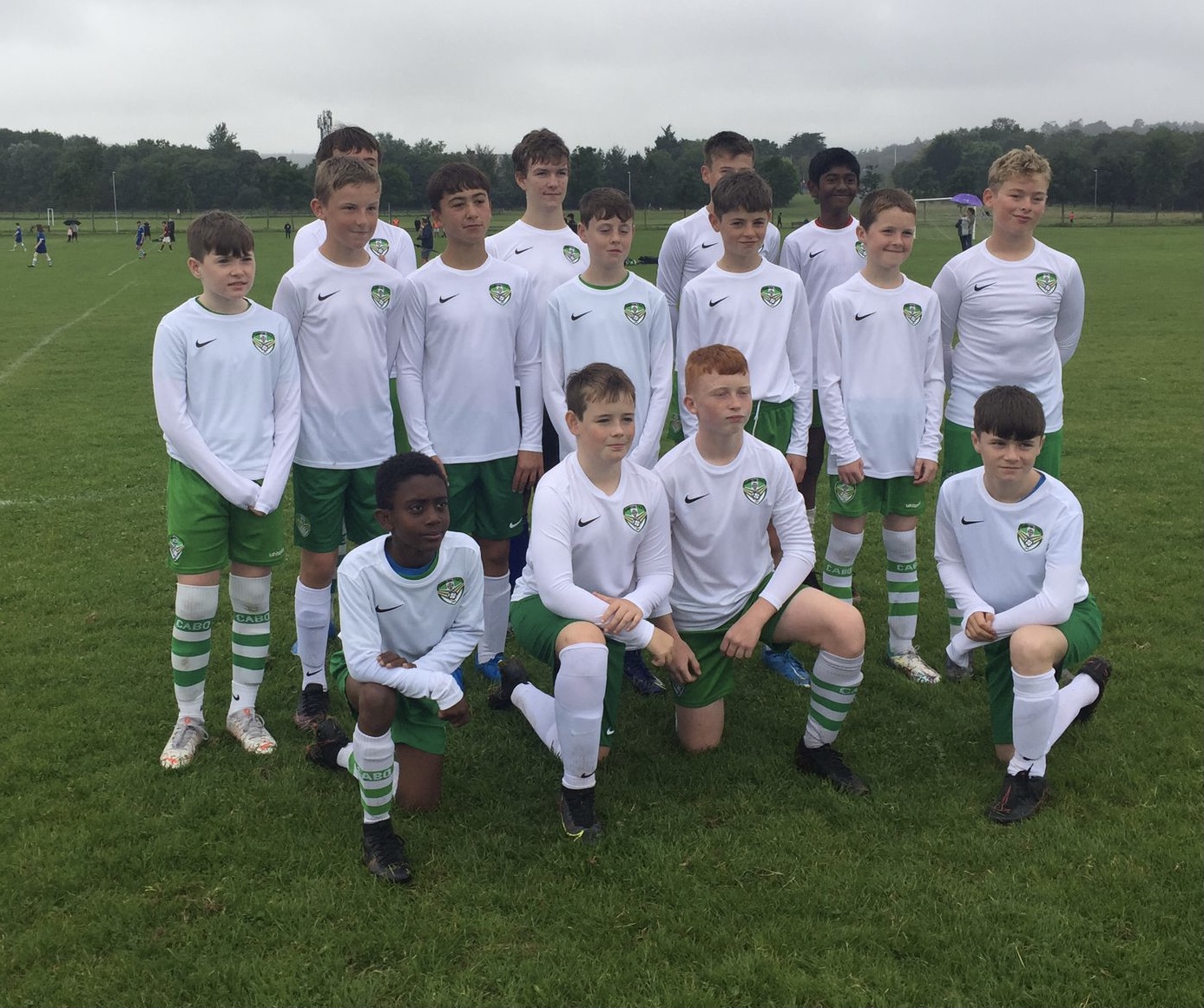 After an 11-3 win on their first league match last week, Cabinteely’s U14 (6) side were idle last weekend in the DDSL.

But the team played a friendly match against Castleknock United who plays two divisions higher.

Cabo took the lead at Kilbogget Park with Oisin Troy rounding the away keeper to slot home after a neat build-up.

The visitors replied with three goals before Eoin McIlroy made it 3-2 at halftime with a brilliantly executed free-kick.

TJ Richards-Smyth and Paddy King were on the scoresheet for the White and Green’s in the second half – but United’s physicality shone through in the last 15 minutes to record an 8-4 victory.

Overall, home coaches Aido Phelan and Graham Murphy were happy with the battling performance by an ever-improving team.