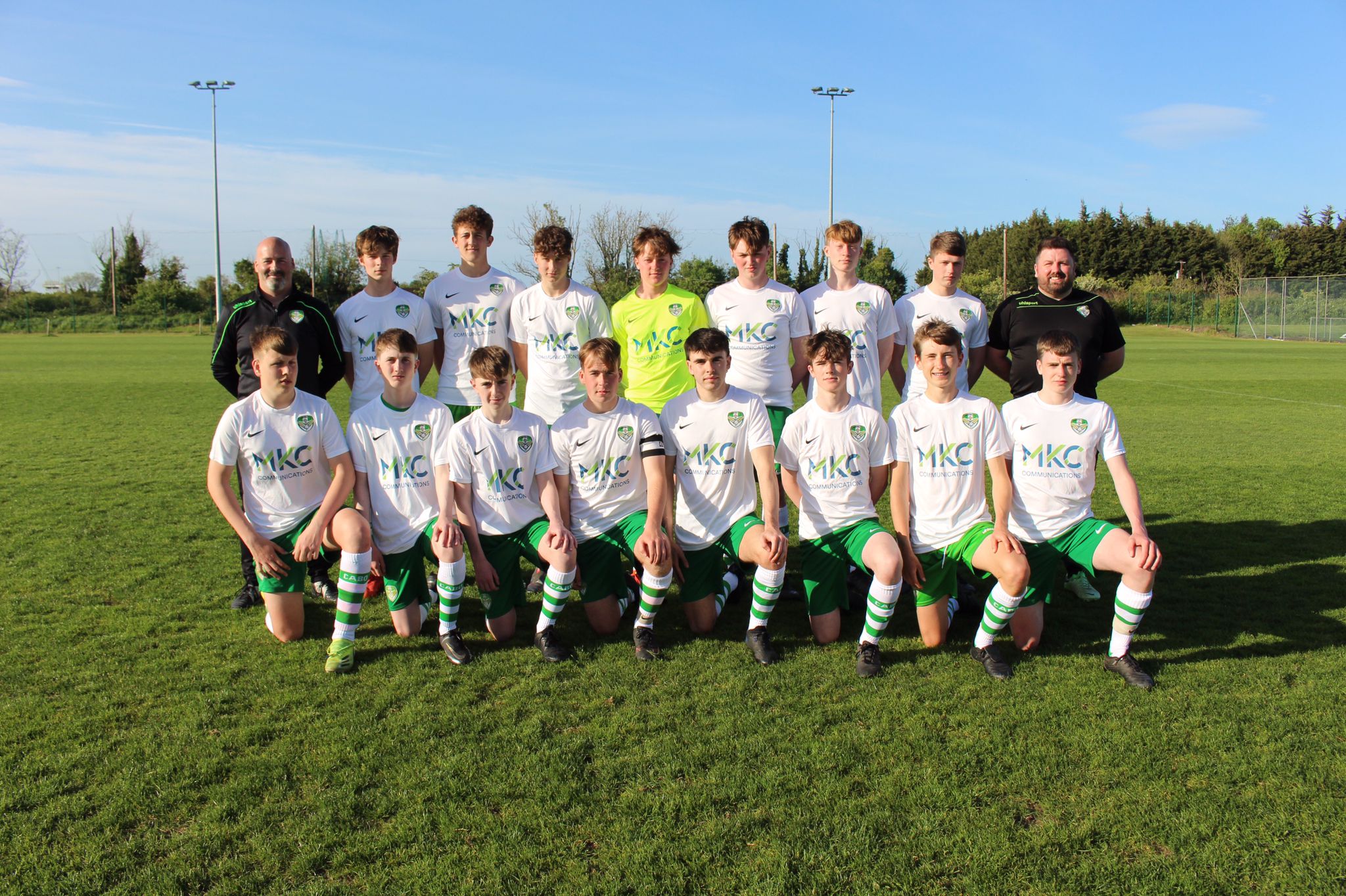 The sun was shining in the AUL Complex as Cabinteely U17s met Ballyfermot United in the Schuster Cup Final on Friday evening.
Cabo were cautiously optimistic as they had beaten Ballyfermot comfortably in the League recently.
But Cup finals are hard to win, and Ballyfermot came with a game plan.
The White and Green’s started the game trying to play their passing game. But United pressed high and refused to let our players settle.
A fortuitous opener for Ballyfermot gave them belief that this could be their night.
This was soon followed by a long ball down the middle to their striker who lobbed the advancing keeper.
Two nil down in the blink of an eye. Another direct ball and good finish saw Ballyfermot go in 3-0 up at half time.
Sam Kelly tried to rally his troops and the captain saw the lads give everything.
Their stylish play all year wasn’t helped by a poor surface in the AUL. But they never abandoned their values when maybe a more direct approach would have been more effective.
Mark Roche made it 3-1 with a cracking free kick, and the traveling supporters got a glimmer of hope.
With Ballyfermot using game management, any momentum that Cabo had got from the goal was lost.
A few half chances were created but in truth, Ballyfermot were very comfortable at the back.
To rub salt in the wounds, United capped off a fine performance catching Cabo on the break to make it 4-1.
A special bunch of players and coaches weren’t rewarded on the night.
But they have given their parents great joy in their endeavours throughout the season
Ten of these players have been with the club since they were four or five years old.
The rest have come in and added to what is a very special group of players.
Finally, congrats to Ballyfermot on winning the Schuster Cup.