Cabo came from behind twice to earn a deserved point in their first Shield Group A outing in the EA Sports National Underage League.

Under stunning sunshine at a resplendent Ballycorus on Saturday afternoon, Finn Harps led 1-0 and then 2-1 before the White and Greens drew level at 1-1 and 2-2 by the interval.

The visitors took a tenth-minute lead when Jamie Harris intercepted a clearance. Then he struck a stunning 25-yard shot to the roof of the net.

But the hosts equalised just five minutes later. Matthew Green-Delany whipped a ball across the six-yard area. It was gathered by Colin Ribey who played the ball back to Sean Dowling wide left. His cross saw Jake Murray rise and steer a brilliant looping header beyond Oisin Farrell’s fingertips.

Murray headed against the bar in the 22nd minute before the Donegal outfit restored their advantage in the 37th minute. Cries for a penalty were waved away before another low cross from the left was clipped to the net inside the box by Sean O’Donnell.

There was almost a sensational start to the second period, as straight from the restart, Harris’ long-range effort struck the crossbar.

The frame of the goal denied the home side in the 66th minute when O’Hanlon’s low drive from outside the 18-yard area clipped the post.

Cabo had the better chances to win the tie late on. Chukwu was denied by sub keeper Ryan Galvin in the 77th minute with Barrett’s follow-up superbly blocked before the goal-line by a diving Evan Campbell.

Then in the first minute of stoppage time, O’Hanlon and Chukwu combined on the left flank. The loose ball fell to sub Stephen Reynolds whose low effort shaved the post.

The 17s stay at Ballycorus next week as they host Shelbourne on Saturday, September 4. 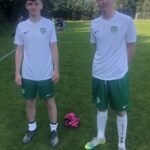 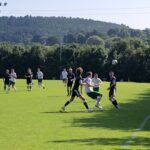 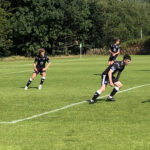 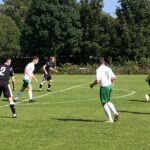 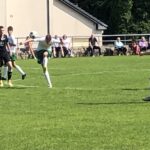 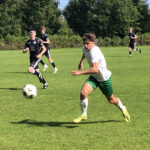 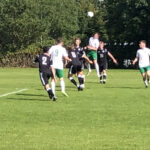 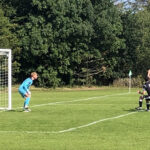 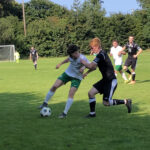 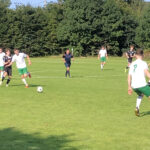 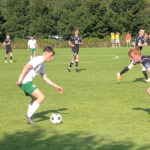 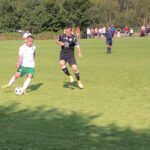 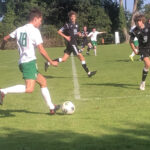