Two early second-half goals sent Cabinteely down to an EA Sports U17 Group B defeat in the League of Ireland National Underage League.

After a long early morning trip to Kerry on Saturday, the away side fell behind after the concession of a penalty which was converted by Ciaran Cooney.

But the visitors levelled midway through the period when Tadhg Kane headed in off a corner.

Just like the opening of the first half, the visitors gave away another spot-kick just after the restart when Cooney made it 2-1.

Conor Kerins put the hosts 3-1 ahead soon after. But Cabo pulled one back with a cracking Stephen Reynolds header off another corner.

As the team pushed forward in search of an equaliser late on, they gave away a third penalty of the contest in the last minute of normal time which was slotted in by Alex Hennigan. 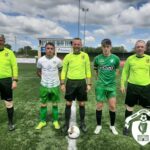 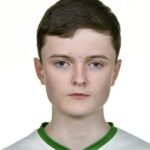