Cabinteely’s hopes of reaching the Semi Finals of the U19 EA Sports National Underage League Shield were dealt a blow as they went down to Dundalk this afternoon.

But the home side were left to rue a series of missed chances at Ballycorus as they suffered a 2-0 Group A defeat.

In their last match on their own patch in the competition – Cabo, playing in all Green – dominated the early stages of the first period. But trailed 1-0 at the interval.

Further opportunities went abegging after the turnaround before the Lilywhites made it 2-0 on the hour.

It took a point blank save by Jamie Barry on 16 minutes to keep out Seán McLean’s close-range header after getting on the end of Jack Curran’s left-wing cross.

The visitors took the lead on 40 minutes when the hosts twice failed to clear. Ryan O’Kane drove low from 20-yards with Darragh Kenny getting a hand to the ball but couldn’t not prevent the ball crossing the goal-line.

On the stroke of half time, Kenny produced a superb save to thwart Jack Watters. Straight away at the other end, Conor Knight drilled low just off target from outside the penalty area.

Four minutes into the second period, Knight angled a low 20-yard effort just wide after being played in by Billy Hendley.

Then Destiny Idele almost made an immediate impact in the 52nd minute. Just on the field of play as a sub, the striker latched onto a miss-placed back pass. But his low attempt was saved by Barry.

But Dundalk doubled their on 57 when the unmarked Ebuka Kwelele headed in Watters’ corner.

Within seconds, Kenny had to react well to save from O’Kane. Then Cabo attacked. Idele squared into the box from the right. But Hendley skied over from ten yards.

On 69, Jamie Dodd and Knight combined to play in McLean. His deflected cross-shot was parried by Barry before being scrambled clear.

With Drogheda United defeating Bray Wanderers 2-1 at the Carlisle Grounds this afternoon, Cabo must now win their two remaining matches; and hope other results go their way, in order to secure a top-two placing.

Cabinteely are set to face Drogheda at the MDL Grounds on Sunday October 24 at 2.00pm. 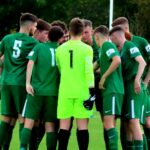 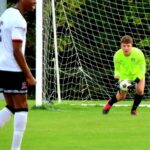 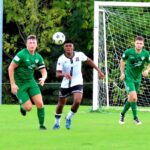 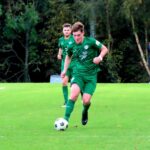 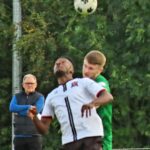 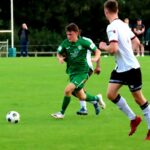 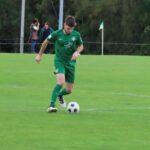 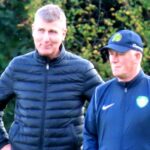 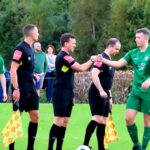 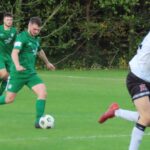 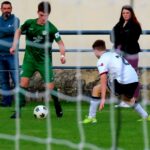 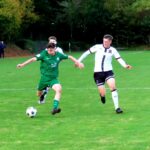 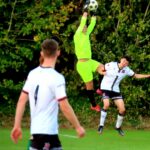 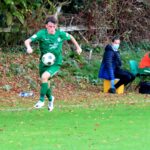 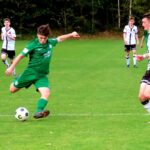 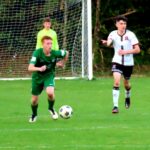